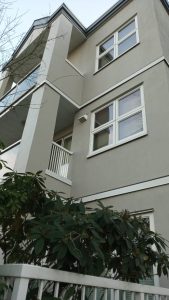 Swami Vimohananda is the Society’s spiritual adviser. Currently, reading and exposition of The Gospel of Sri Ramakrishna and The Complete Works of Swami Vivekananda are held on Saturdays, while there is a talk by Swami Vimohananda on spiritual topics on Sundays.

All are welcome to attend the programmes. See the upcoming events here.

Swami Vivekananda embarked on a voyage from the Japanese port of Yokohama to the Canadian port of Vancouver aboard SS Empress of India. The S.S. Empress of India docked in Vancouver, B.C. on 25th July at 7 pm.

“As the ship drew near to the port of Vancouver in British Columbia Swamiji saw from a distance the land of his hopes, whither he had gone for the good of India and for the preaching of the Dharma.”

(Life of the Swami Vivekananda, Volume 2)